The History of the First Electric Tattoo Machine

The history of tattoos is somewhat of a contentious one. Some historians believe that tattooing has been practiced across the globe as far back as the Neolithic times. This began around 12,000 years ago. People used to do tattooing by rubbing charcoal into cuts in the skin, usually in simple lines and patterns.

Fortunately for us, technology has moved on leaps and bounds to the point where we have extremely precise machines. These machines are capable of performing the most intricate movements. However, it wasn’t a simple journey to arrive at the point we are today with modern technology and numerous tattoo shopsÂ in the world.

In this article, we will look back at the history of the first electric tattoo machine. Let’s get into it.

Surprisingly, the electric tattoo machine’s story starts all the way back with one of the most famous American inventors and businessmen of all time, Thomas Edison.

Back in 1876, he invented a rotary operated stencil pen called the “American Electric Pen.” Interestingly, this was the first American electric motor powered device. It operated at around 50 punctures per second, designed as an autographic printing pen to help speed up the stencil process.

In 1891, Samuel F. O’Reilly invented and patented the first electric tattoo machine. He adopted Edison’s device for tattooing purposes. Edison’s device was a natural candidate for O’Reilly as it was a handheld, reciprocating, puncturing device, all of which were perfect for his needs.

In some ways, this handheld device that O’Reilly invented is not too dissimilar from what we see today, in appearances at least. From this point on, the electric tattoo machine has evolved and gone through countless iterations and modifications.

In March of 1889, in the West York Regiment, Tom Riley honed his craft and became a well-renowned tattooist in the U.K. He was an excellent artist and tattooist and dedicated most of his free time to perfecting his craft. Also, offering up most of his free hours in the military to the tattooing of his fellow officers and servicemen.

While O’Reilly was discovering Edison’s rotary stencil pen’s potential applications, so too was Thomas Riley. It seems that both of these investors/tattooists saw that potential in Edison’s invention at the same time. However, they both had different ideas of where to take it.

O’Reilly decided to keep his design close to Edison’s original. A device with an addition of an ink reservoir and some minor alterations to make it fit for tattooing. Whereas, Riley decided to go a different route.

Riley created a single coil machine. By modifying an electric doorbell assembly in a brass box, he used an electromagnetic concept instead of O’Reilly’s rotary device.

Thomas Riley patented his device in the U.K. just 20 days after Sam O’Reilly in the USA.

Other Types of Machines:

Let’s look at some of the other tattoo machines. These deserve a notable mention in the history of the electric tattoo machine journey.

Some years after Sam O’Reilly invented the first electric tattoo machine, Elmer Getchell created his own adaptation of Edison’s device. Assumingly, Getchell’s device was somewhat similar to Tom Riley’s as he designed his device from a doorbell mechanism.

Unfortunately, this is not as well documented as Sam O’Reilly filed an infringement claim with the U.S. Federal Court. This halted Getchell in his tracks. This became somewhat of a trademark for O’Reilly. He spent his time filing lawsuits against other inventors rather than improving his device or focusing on his artistry.

This was generally created by cutting a tattoo machine frame from flat sheet metalâ€”rather than casting a frame or modifying a doorbell. It is believed that the single upright machine came a little later than the iterations. It came with the first evidence of the machine believed to be in the Skin Deep manuscript.Â This was a do it yourself tutorial created by the great American industrialist Henry Ford.

As you can see, the history of the electric tattoo machine is a complex yet fascinating tale. It is often surprising to learn the sheer inventiveness and brilliance of the early machine’s inventors. You can notice some notable names such as Thomas Edison and Henry Ford having a hand in the devices’ evolution.

Even back then, people looked at tattooing as an honorable craft and a respected art form. 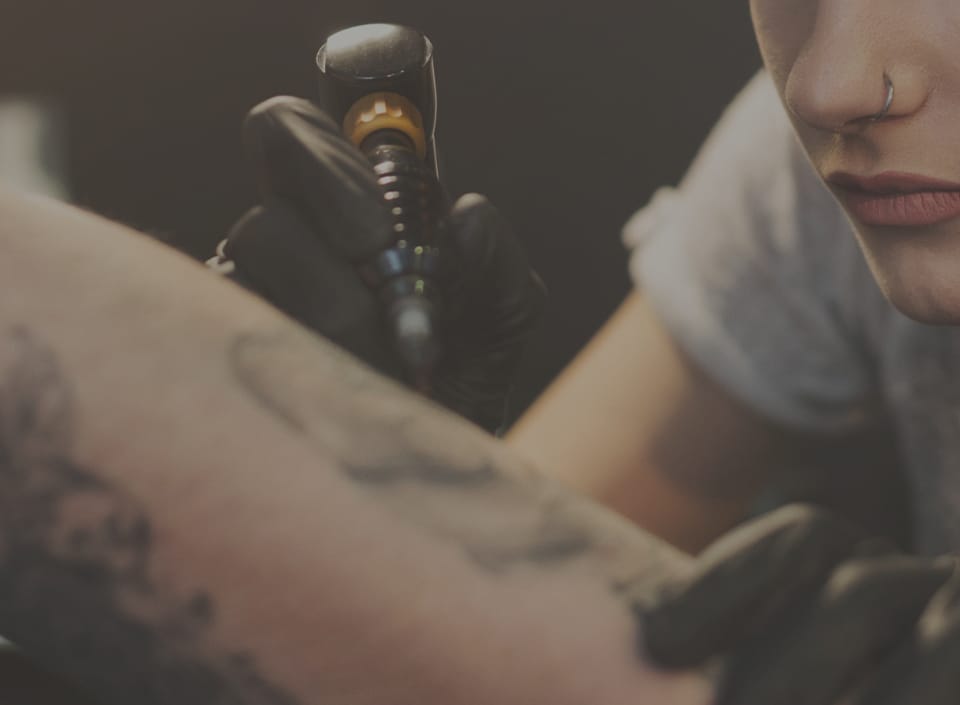